Sensitives And Their Role In Paranormal Investigation

SENSITIVES AND THEIR ROLE IN PARANORMAL INVESTIGATION

There are people that although they don’t claim to be psychic believe they may be sensitive to paranormal activity. Although this may in fact be the case, there are some basic tests and conditions that can be used to determine if they have any ability or not, and if they are an asset or a liability in paranormal research. Unlike psychics a 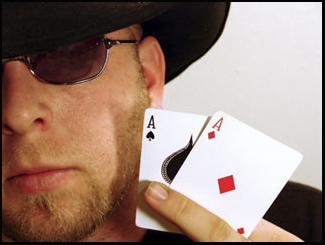 s they are not usually paid for their contribution, sensitives have little incentive to fake their claims and most believe that they have a genuine ability.

A basic analysis should be undertaken to see if sensitives are predicting where a paranormal incident occurs beyond the law of averages, and compare it to that of an ordinary person. If a sensitive says 30 times that they felt the presence of a spirit, but only twice was there a possible indication that they were correct such as a temperature drop, photograph or E.M.F reading, then does that make them a sensitive? The times that they are wrong should also be taken into account. Often there are parts of a building that are known to be more active then others, how to you know they aren’t drawn to them subconsciously simply because of prior knowledge. Presumably the investigative group they belong to has researched the location, and so would be aware of records of higher prior sightings at specific areas within the location. Another factor that should be taken into account should be how long after the sensitive made the predication did the paranormal activity occur. If they said they “felt something” and then nothing happened until half and hour later, although it may be in the same location, is that coincidence or down to the ability of the sensitive? Virtually anyone could keep predicting a paranormal event and eventually one would occur if they made enough of them over a sufficient period of time. If however there was a low ratio of predictions compared to actual occurrences then that would indicate that a sensitive did have some sort of genuine ability.

How Do You Know If You’re A Sensitive ?  – Ghost Village

“A Paranormal Characteristic Of A  Person” – Spiritual Path