The Case Against Paranormal Unity

THE CASE AGAINST PARANORMAL UNITY

When it comes to the paranormal we all have our own opinions on what evidence is and what research methods to use, and many of them not only have no common ground, but are also completely opposing viewpoints. But opinions alone are not enough. It’s those few that can back up their opinions with evidence that people should be siding with. Just as in mainstream politics although we may listen to the views of an opposing candidate we don’t lend our support to them just because we have an interest in politics. Paranormal research shouldn’t be any different. One paranormal investigator shouldn’t be showing unity with another merely because they are both interested in the paranormal.

There are two very distinctive sides in the paranormal field, those individuals that emulate everything they see on paranormal reality shows and simply follow the latest fad or majority, and those that think independently regardless of how unfashionable it may be. I would estimate that currently 95 percent of the paranormal community are T.V led investigators. Why else would equipment such as K2 meters, Ghost Boxes and SLS Kinnect Cameras be used so universally ? It’s not because they have been proven to work, its because they were simply popularized by being on T.V and used by “celebrity’s”, not scientists. Following a trend is fine when it comes to fashion but not when it comes to serious paranormal research. Why would the 5 percent that operate independently want to side with the 95 percent that don’t. There is NO common ground. The sort of paranormal investigator that simply emulates what they see on reality T.V shows are not helping their clients. All they are doing are continuing to propagate misinformation because they refuse to question it, either because they are to ignorant or because it will make them unpopular with the majority. If your only reply to my criticism is the standard (and predictable) that I am “closed minded” or “jealous”  this merely illustrates my point as to how rather then make evidence based claims, the majority of T.V influenced paranormal investigators consider their beliefs to be facts. Which they are not.

The idea that we are somehow all equal when it comes to the paranormal is a myth which just encourages mediocrity. The claim that “there are no experts” in the field really only apply’s to a very specific aspect of it, which is that NO ONE has been able to study ghosts in a laboratory. However there ARE experts in the general study of the paranormal because there are a select few that have a Doctorate in Parapsychology and have earned the right to be called experts. They have researched the subject extensively and have been accredited by a recognized academic governing body. In addition to accredited experts there are also MANY experts in individual  aspects of paranormal research including scientific methodology, critical thinking, basic physics, photography, and audio. If you are to ignorant or unmotivated to educate yourself in these subjects but instead you just chose to copy what you see on paranormal T.V shows, then why should other people bring themselves down to your level so we can all be “equal”. If your excuse for your lack of competency in the field is because “there are no experts” then you have no one but yourself to blame. The term expert is relative. So if you chose to make NO effort to educate yourself in scientific based paranormal research, and someone else makes even just a minimal effort they are still a “expert” relative to you.

Unconditional paranormal unity is counter productive; it’s just an ill thought-out buzz word. Why show unity with people that continually post false or easily discredited evidence or demonstrate questionable investigative methods. It reflects badly on anyone that associates with them. Not only should you not be unifying with them, you should be actively working against them and the 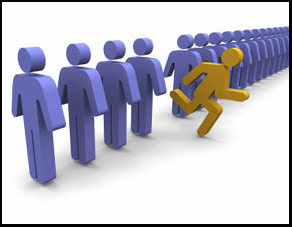 negativity that they promote. Respect needs to be earned, paranormal unity means that this respect is automatically given without justification. But the only way that credibility can be restored to the paranormal field is not by mutual toleration of everyone’s ideologies no matter how illogical or scientifically invalid they are. And if you can’t take personal criticism of your own beliefs, what that really means is that you haven’t enough evidence to justify them, not just to others, but more importantly to yourself. If you have one opinion and someone else has another which contradicts yours, you clearly think that the other person is wrong. And presumably the other person believes they are right and you are wrong. We can’t all be correct, but the person with evidence to back up their statements is going to be “more correct” then someone that can’t. This doesn’t mean that people aren’t entitled to an opinion; everyone is.

The mainstream scientific communities aren’t all united in one method and theory, and it’s the diversity and the conflict that is created as a result, that has enabled some of their greatest advancements. It is not paranormal unity, it is disunity that pits one set of ideologies against another and gives each the incentive to attempt to prove their own beliefs, over that of someone else’s. The battles to prove germ theory, nuclear fusion, and evolution, were fought and won, not through mutual co-operation but through a war of words and technology backed up with evidence. Each ultimately not as a result of propaganda but because it was the best method to solve the problem presented.  In all instances alternative explanations and methods were met with strong opposition, but it was people working not only to promote their own opinions, but actively working to disprove the opinions of others that caused such breakthroughs.

In paranormal investigation it’s about applying the best tools to the job and some of the tools simply don’t fit. It’s not merely a numbers game; it’s about the credibility of the evidence being presented. If you wish to follow scientific protocol regarding the paranormal, part of that process is peer review. If you have a public presence, even if that is just a website then the general public become your peers whether you wish them to or not. In many cases they may choose to reject the evidence presented because it’s poorly researched, of questionable validity or defies logic. Most of the general public are not scientists, but they can accept and understand science when it is presented to it, because of the logic of the methods behind it, and the credibility of those that do the research. Logic and credibility are traits that cross many barriers, but the consequence is that when it is missing, the entire community it originates from will suffer as a result.

One of the most negative by-products of paranormal unity are those that remain neutral on everything in case it jeopardizes their fan base. They are fence-sitters that are more concerned with popularity then with research. If you want to be ground-breaking then you have to be prepared to rock the boat, even if it does cost you a few Facebook likes, or Youtube views. Being an independent paranormal investigator doesn’t mean you can’t research and exchange information with others, but it does mean you can be selective what method, theory or evidence you chose to accept. It won’t stop you from listening to other people’s opinions and ideas, if you did that, how could you possibly criticize them? How much of joining, a  “family”, “network”, or “group”, is actually just a propaganda tool for the people that started them, along with increased t-shirt sales and ad revenue ? And when it’s related to a group that has a T.V show, or puts on high profile events, who actually joins for the unity and who joins for the reflected glory? Instead of relying on someone else to open doors for you, why not try to open them for yourself ? When you’re not bound by anyone else’s, rules or protocols you can still learn from them, but only if you chose to do so, rather then having them inflicted upon you.

Choose a side even if you’re the only one on it.