One of the traditional rules of paranormal investigation is that it must only be done as part of a group and you can’t go ghost hunting alone, but statistically the majority of ghost sightings are only ever seen by one person.

As for verifying the evidence, a video camera is far more reliable witness then the word of another person. And what would a skeptic be more likely to accept as proof, the eyewitness accounts of 5 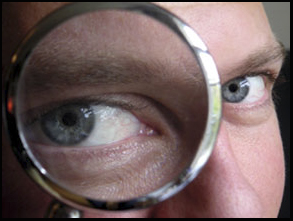 people, or 1 person with video footage. Isn’t capturing a ghost on film the ultimate evidence were all seeking? There is of course a safety aspect regarding ghost hunting alone, but you can always take a mobile phone with you in the case of an emergency. But you are far more likely to be at risk in a urban area with a larger population then you ever are in somewhere such as a deserted graveyard or inside a haunted house, and yet people are consistently alone in urban areas with all there added dangers. The notion that being alone in a haunted house at night is anymore dangerous is statistically unproven, and there is no logic behind it except “ghost stories told around camp fires,” and superstition. The amount of times a ghost had been attributed to harming someone is far outweighed by that of humans.

What about EVP’s can you really be sure you have eliminated a natural explanation if there are half a dozen people in the same area with you?  And what about the footsteps you heard or the door that creaked when your in a supposedly haunted house. Sound echoes in an empty building or can be carried by the wind when the investigation is outside. Doors can open and close as a result of a vacuum caused by someone else opening or closing another door at the other end of the house, how can you eliminate this being a natural occurrence when you are not alone. Could it actually be that ghosts are more likely to appear to an individual then a group? If ghosts have emotions, maybe they have fear and apprehension just like they did when they were humans. Maybe a dozen people in a graveyard with flashlights and cameras could actually deter them whereas someone ghost hunting alone wouldn’t. Doing investigations by yourself also eliminates much of the stray noise and movement that can add confusion to a situation and invalidate any results you may have had. If you recorded an unusual sound, or filmed an unexplained shadow which would give a skeptic more ammunition. If you told them, it was you and 10 other people at the location or just by yourself?

Science And Pseudoscience In Ghost Investigations – Committee For Skeptical Inquiry

How To Conduct A Ghost Hunt – WikiHow