“To the true believer, no proof is necessary, to the skeptic, no proof is sufficient”, is one of the most overused and misinformed quotes used in regard to paranormal research and is derogatory to both believers and non believers alike. It implies if you’re a believer you have arrived at your conclusions without any evidence, and if you’re a non believer it implies that whatever evidence is presented to you, you will ignore it. Much of the claims regarding the paranormal are simply as a result of people listening to unsubstantiated information, and then passing on this information as fact. You need to expose the myths, and by a process of elimination uncover the truth. If your only argument in support of an aspect of the paranormal is “You can’t prove it isn’t paranormal”, you have no basis for an argument, you are asking someone to prove a negative which is not a scientific process. 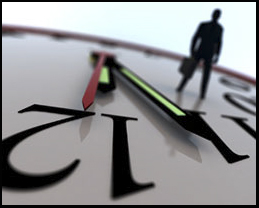 forward it can only do so by closing off the avenues of investigation that are dead ends, and pursing those that aren’t. Those dead ends include Orbs, mist, Ghost Boxes, K2 Meters, streaks of light and other non paranormal photographic anomalies, the idea that E.M.F meters are ghost detectors, that digital tape hiss is a voice from the dead, and that psychics can be used to provide evidence of the paranormal when they have provided no evidence of their own abilities. Just because a paranormal research group puts on their website that they follow scientific protocol, this doesn’t mean they either follow it, or understand what it is. And calling yourself an investigator doesn’t mean that you are one. If you think that criticizing the methods of other paranormal investigators is wrong, then you clearly don’t understand what your job as a paranormal investigator is. Peer review should be a core part of what you do, and if it isn’t then you also don’t understand scientific methodology.

If you practice critical thinking you won’t have to waste your time and money on irrelevant techniques and equipment. And no, you don’t have to perform every paranormal related experiment or buy every ghost hunting device on the market in order to have an opinion on it. That’s a criticism used by people that don’t have any evidence to back up their claims that these devices or techniques work. They don’t own a spacecraft  but they won’t say that they have to buy one to prove one can go to the moon. But you can guarantee that the reason they bought most of the ghost hunting equipment they are defending is because they saw it on T.V or a video, and believed it worked BEFORE they actually tested it. Which is the same thing they are accusing you of doing in regard to why it DOESN’T work. And no, watching a video of a spacecraft that goes to the moon, doesn’t mean that if you produce a video of a ghost hunting device that you claim is communicating with the dead people, then that’s the same thing. There is a provable scientific process behind getting a spacecraft to the moon. The same does not apply to ghost hunting equipment. It’s just the persons blind belief that it does what it claims because it’s providing a response in a location that is supposedly haunted. But a geographical association is NOT proof that the response originated from a dead person and NOTHING else. In a spacecraft there are specific components that will enable it to get into orbit. Where are the specific components that allow a device to talk to dead people ? And keep in mind there is no skill involved in operating ghost hunting equipment. So why would watching a video of someone press a button and then walk around in the dark pretending they are talking to ghosts be different from pressing the button in person and doing the same thing. It wouldn’t.

All that buying useless ghost hunting equipment achieves is to provide income for the people that sell it. Why would you want to do that ? It’s like giving money to a used car salesman that keeps ripping people off by selling them vehicles that don’t work. I haven’t  jumped off a cliff, does that mean I have to do so to understand gravity ? But you are claiming that I must buy every piece of ghost hunting equipment in order to test it ? There is an infinite amount of free information available on how everything works including ghost hunting devices, and in addition if you have even a basic critical thought process you should be able to study the results that others produce and dispute them. What if everyone bought a Ghost Box, or K2 meter just to say they had tested it ? (and yes, I realize most have). This has just created a bigger market and led people to believe that if something is popularized that it’s proof that it’s legitimate. That’s just the mind-set of people that do all their research by watching paranormal reality shows. Populism is not how science works.  At one time it was a popular belief that the Sun orbited around the Earth. It was a small minority of people that proved this was wrong by applying scientific methodology to such beliefs instead of just going along with the majority.

The burden of proof is on us. Scientific research of the paranormal is not about proving that it exists, it’s about proving if it exists or doesn’t, there are two options, not just one. You can follow scientific protocol, but in reference to the paranormal, part of that protocol will always include human intervention in the form of peer review. Proof of the paranormal will never be distilled down to a mathematical formula. You may not be able to find absolute proof but you may find evidence to support a testable theory, and that evidence is only as good as the credibility of the people that present it. And if anyone is using the argument that what is in Case Closed is just my opinion, critical thinking isn’t based on opinions. And no I am not claiming to be an expert on the paranormal, I am just following the rules of basic logic. You don’t have to be an expert to apply them, but you do need to understand what they are. Which is something every paranormal investigator should do before they go out and buy the latest piece of useless ghost-hunting equipment or make yet another unsubstantiated claim about the “evidence” they think they have collected.

The term paranormal by definition does not apply specifically to ghosts and apparitions, but many individuals and groups imply that it does simply by their failure to offer or acknowledge other alternatives. They choose to associate any evidence considered paranormal only with ghost hunting when it could just as easily be related to an as yet unexplained aspect of a conventional science. Scientists don’t choose to associate irrelevant and unproven evidence with their objectives just to provide content. Every time a group refers to itself as ghost hunters and then presents evidence that is in reality completely removed from the subject, the public still associates that evidence with the field just as they do. As a result if that includes evidence, that is false or inconsequential that’s how the general public will also judge the community it originated from. That is one of the many reasons why mainstream science has more credibility then paranormal research because their methodology is not one of association but one of establishing a definitive link.

Remember a “good paranormal investigator, can be judged by the evidence he DOESN’T present”. Do not substitute wishful thinking for basic logic.  I don’t expect people to automatically respect my opinions, as I believe respect has to be earned. And that apply’s to your opinions as well.