Chasing Midnight reaches almost 40 millions hits ! I moved from England to South Bend, Indiana. Then I moved back to the England. In October of 2020 I moved to Orlando, Florida.

The one and only time I saw a “ghost”.

I have just returned from a trip to Iceland, some of the places I visited included the filming locations of Nazi-zombie classic Dead snow 2, and a haunted cemetery in Reykjavik.  In the next few months  be going to Cachtice Castle in Slovakia, home to the “real” Countess Dracula and visiting the D Day landing beaches in France.  During the summer of 2017 I visited some of the U.K’s most haunted castles including Warwick and Leeds Castle. I also went to Cannock Chase in search of werewolf’s, black-eyed children and the Pig man.

I have added a guest book button so people can say, hi, or make comments on the site. Good or bad. I’m fine with criticism, constructive or not. I have just returned from a “road-trip of death” in the U.S.A. This time it included a return visit to Bachelors Grove in Chicago, Aux Sable Cemetery and Woodlawn Cemetery the burial location of the anonymous victims of the 1918 circus-performers train disaster. Other haunted cemeteries I visited included Hays Cemetery, Crown Hill Cemetery, and 100 Step Cemetery all in Indiana.  I also went to the Randolph County Infirmary. Then I headed to Detroit, Michigan for some urban exploration where I photographed several abandoned factories, a school and a church.

Coming in 2018 I plan to move back to the U.S.A and one of the trips I have planned will involve 8 of the Southern \ Eastern states including Georgia, Virginia, Pennsylvania and Tennessee. I hope to visit around 40 locations including the Trans Allegheny Asylum, Charleston, Harper’s Ferry, The Walking Dead filming locations, the Flight 93 crash site, Moundsville Penitentiary and many, many more.

As usual I have a massive backlog of photographs and trip reports to post and will do so when time permits.

Thank you to all that have dropped by so far. Any suggestions for the site please contact me via social media or e mail me at info@chasingmidnight.com . Keeping checking back for all the latest paranormal news about the site.

Although it’s been a considerable time since added content to the site I never stopped my pursuit of the paranormal. As a result I have a backlog of pictures and trip reports dating back several years. Now I have built an all new site which is easier to navigate and administer I will be updating it on a regular basis.

After living in America and returning to England I am now back in what is probably the most haunted country in the world. But I am also within a few hours flight time of over 20 othe 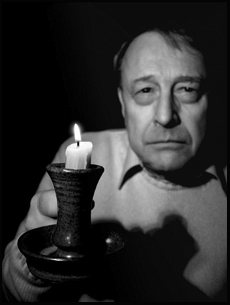 r country’s in Europe and beyond. In my Road trip of death section you will see I have dozens of visits scheduled over the next few years and I will be adding to them as I go along. My current camera now has a built H.D.R video function, and I also have a Go Pro so when practical I will film as well as photograph my adventures.

I will also have more paranormal news from the States  where I have just returned from a 6 state road-trip visiting of some of Americas strangest and most haunted places, including the Ohio State Penitentiary, Zombie Road in Missouri, the home of the Pope Lick monster in Kentucky and Loretta Lynn’s Plantation in Tennessee.

In the past I have never digitally enhanced my photographs before posting and they have not always been shot under ideal conditions. But I have posted them anyway regardless of quality so as to at least provide a record of the places I have been to. From now on I will endeavor for them to be more of a professional standard and the best ones will be available for sale on Fine Art America. I will also gradually start going through those photographs previously posted, and enhancing them when required. In addition I started a dating site for those into the paranormal called Spookydate, it was intended as a business venture to finance my travels, with part of the profits going back into paranormal related projects such as graveyard restoration. However within a short space of time I realized that most of the members were the same reality T.V led people that I prefer to avoid interacting with. I decided not to put any more money into the site and closed it down.

In the last few years I have had my action\horror book One Second to Midnight published and although fictional includes several of the locations I have visited or lived in, in real life. I am working on second book which will be one documenting my photographic journeys to some of the worlds strangest and haunted places. I hope to have that finished sometime in 2018.

Chasing Midnight will always operate independently of paranormal fads and in particular those dictated by reality T.V. I will never make any U-turns just to become more popular. It’s better to be known by few as standing for something, then by many for being a sell-out. Investigating shouldn’t be about following in someone else’s footsteps but making your own.